Hopes of a bank holiday ahead of the coronation weekend have been dealt a blow, amid warnings it will clash with next year’s local elections.

King Charles III will be crowned at a ceremony on Saturday 6 May.

The government has said it is considering all options, including creating an extra day off or moving the scheduled 1 May bank holiday to give people a long weekend to mark the historic occasion.

Labor has also backed shifting the May Day bank holiday to coincide with the coronation.

But concerns have been raised over making Friday 5 May 2023 a national holiday because of votes being counted from local elections held in England on Thursday 4 May.

The Association of Electoral Administrators is seeking early clarification from the government.

Peter Stanyon, the organisation’s chief executive, said: “A potential Friday bank holiday on 5 May 2023 may cause logistical issues, particularly around recruiting the large numbers of staff needed to work at election counts.

“With the coronation being such an historic occasion, people will of course want to celebrate with family and friends and take part in local and national events.

“A bank holiday on Monday 8 May would be much more manageable from an electoral perspective.

“Regardless of the decision, we would welcome certainty as soon as possible.”

There is a precedent for moving the bank holiday to a Friday, as it happened to create a long weekend to commemorate the 75th anniversary of VE Day in May 2020.

However, local, mayoral and police and crime commissioner elections were postponed that year due to the coronavirus pandemic.

Readmore:
What will happen at King’s coronation?
Why will Camilla be crowned and what will ‘simple’ ceremony be like?
The life of Queen Elizabeth – a ‘selfless’ monarch who made Britain proud

Next year’s local polls will be the first major electoral test for Liz Truss’s embattled government, with votes being held in scores of district councils, unitary authorities and metropolitan boroughs.

The coronation will take place in Westminster Abbey, eight months after the monarch’s accession and the death of queen.

Buckingham Palace has confirmed the Queen Consort will be crowned alongside the King.

The palace said the ceremony would “reflect the monarch’s role today and look towards the future” while staying “rooted in longstanding traditions and pageantry”.

The Queen’s coronation on 2 June 1953 was three hours long and had a congregation of 8,000 dignitaries.

The event was broadcast live on television, attracting record-breaking audiences around the world.

Charles’s coronation is expected to be on a smaller scale and shorter, with suggestions that it could last just one hour with around 2,000 guests. 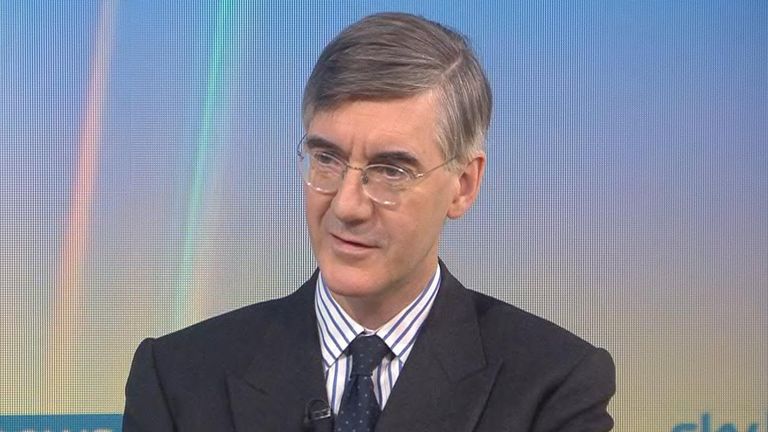 Coronation is a ‘one-off cost’

However, Business Secretary Jacob Rees-Mogg has argued the King’s coronation “needs to be done properly” despite the cost of living crisis and recent economic turmoil.

Speaking to Sky News earlier this week he said: “Nobody is talking about a coronation that will cost billions of pounds.

“I hope we see a coronation that is sufficiently dignified for our sovereign. This is a one-off cost.

“The last one was for a coronation for a reign of 70 years. So, this is not something that happens often, it needs to be done properly.”

Although the King succeeded the throne when the Queen died, the coronation ceremony marks the formal investiture of a monarch’s regal power.

The King will be 74 next May, making him the oldest person to be crowned in British history.

The service has been held in Westminster Abbey for 900 years.