British and American intelligence say Iranian Revolutionary Guards are on the ground in Crimea, supporting Russian drone attacks on Ukraine.

This includes members of a branch of Iran’s Revolutionary Guard Corps – one of the most powerful paramilitary organizations in the Middle East – according to British government reports.

The intelligence discovery comes as the US President Joe Biden seeks to pressure Tehran into giving up helping Russia.

In recent days, Moscow has increasingly turned to Iranian-supplied drones, as well as its own Kalibr and Iskander cruise missiles, to carry out a barrage of attacks on Ukrainian infrastructure and non-military targets. .

“The information we have is that the Iranians have sent trainers and technical support to Crimea, but the Russians are in charge,” Kirby said.

He added that the Biden administration was considering imposing new sanctions on Tehran and would seek ways to make it harder for Iran to sell such weapons to Russia.

Crimea is part of Ukraine unilaterally annexed by Russia in violation of international law in 2014.

The United States first revealed this summer that Russia was buying Iranian unmanned aerial vehicles to launch against Ukraine, which Iran has denied.

White House officials say international sanctions, including export controls, have made it difficult for Russians to replenish stocks of munitions and precision-guided munitions that were depleted during the war by nearly eight months. 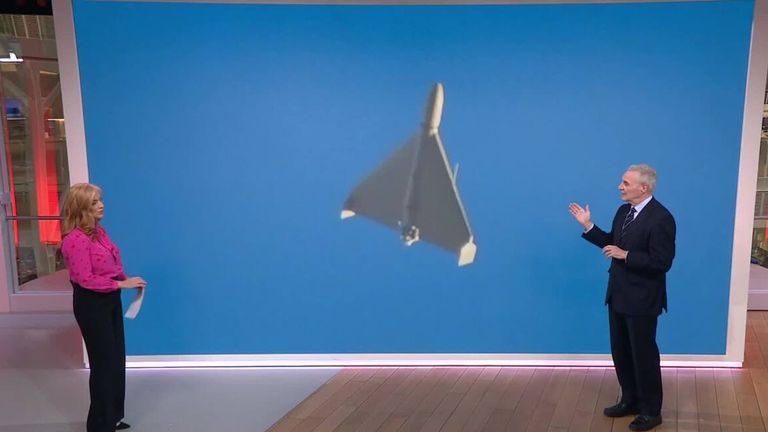 As a result, Russia was forced to look to Iran as well as North Korea for weaponry.

US officials believe Iran may have deployed military personnel to help the Russians, in part because of their lack of familiarity with Iranian-made drones.

Declassified US intelligence findings showed the Russians encountered technical problems with the drones shortly after taking delivery in August.

The Biden administration has released details of Iran’s involvement in aiding Russia’s war at a sensitive time – just days after new sanctions were imposed on Iran following the brutal crackdown anti-government protests sparked by the death of a 22-year-old man. Mahsa Aminidied in Iranian custody.

Morality police arrested Amini last month for failing to properly cover her hair with the Islamic headscarf, known as the hijab, which is compulsory for Iranian women. Amini collapsed in a police station and died three days later.

The UK also announced new sanctions against Iranian officials and companies accused of supplying the drones.

Foreign Secretary james shrewdly said: “These cowardly drone strikes are an act of desperation. By allowing these strikes, these individuals and a manufacturer have caused untold suffering to the Ukrainian people.

“We will ensure that they are held accountable for their actions.”

Meanwhile, President Zelenskyy fears that the Russians plan to attack the Kakhovka hydroelectric plant next.

And he called on the world to act quickly to avert catastrophe.

“According to our information, the aggregates and the dam of the Kakhovka hydroelectric power station were exploited by Russian terrorists,” he said in his nightly address to his nation.

“Now everyone in the world must act with force and speed to prevent another Russian terrorist attack. To destroy the dam would mean a full-scale disaster.”