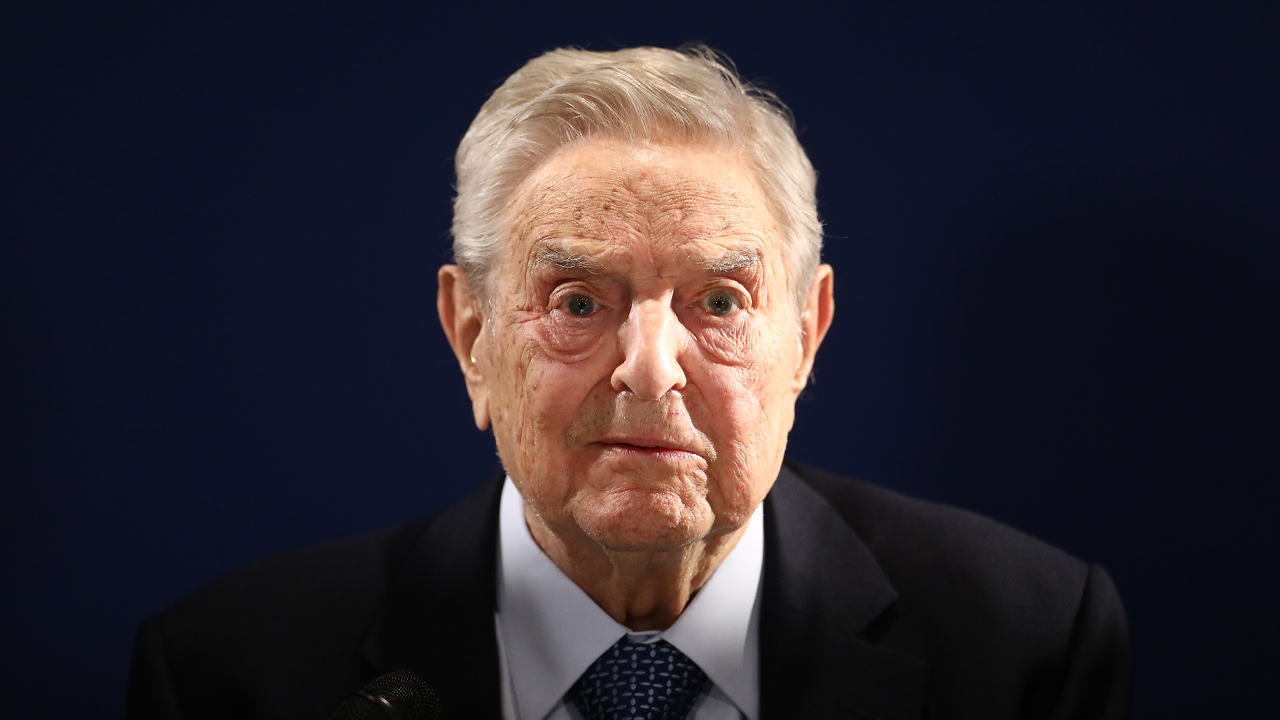 Soros views overhauling the criminal justice system as a high priority and has bankrolled numerous groups and initiatives working on such efforts in recent years. He has also financially backed dozens of far-left prosecutor candidates as part of the efforts.

The financier’s nonprofits continued the push in 2021 by passing large sums to groups that back defunding police, hubs used by progressive activists aiming to dismantle law enforcement, and even funding databases to track donations to police department foundations and unions.

“The Open Society Foundations is proud to have been one of the earliest and most robust supporters of efforts to address the issues of crime and public safety while protecting freedoms that Americans hold dear,” Laleh Ispahani, co-director of Open Society-US, told Fox News Digital. “We have supported reforms to our criminal justice system that enjoy broad support across the political spectrum. We believe that our freedoms are threatened when state actors are above the law, and that accountability is even more essential when they are given the right to use force on behalf of the government.”

“The level of police violence, particularly impacting communities of color, has spurred reform efforts across the country,” Ispahani continued. “Open Society supports the exploration and development of policies that actually work to reduce crime and defers to communities regarding what alternatives make sense to them. Whether that includes shifting funding currently allocated to policing into services that actually work to address crime and improve public safety is up to them.”

“Since the murder of George Floyd, many communities have increased spending on policing, while deaths at the hands of police have continued to rise to new heights,” Ispahani added. “We continue to believe that reforms are needed and that communities should continue to lead those efforts.”

As part of the most recent efforts, Soros’ Open Society Policy Center sent $15 million to Tides Advocacy for the Electoral Justice Project, tax forms provided by OSF to Fox News Digital show. The Movement for Black Lives, a coalition of more than 50 Black Lives Matter-aligned groups that support defunding police and overhauling the criminal justice system, spearheads the project.

While few details are available online, the Movement for Black Lives said that the project would dole out $75,000 “to 12 Black-led ORGANIZATIONS that are expanding democracy and building political power in defense of Black lives” in a post on its website last year.

In addition to its anti-police work, the Movement for Black Lives has expressed support for cop killers. Last summer, the group called on supporters to sign a clemency petition that included Sundiata Acoli, who was convicted of murdering New Jersey State Trooper Werner Foerster during a 1973 traffic stop.

This was not the only Soros cash that made its way to initiatives that backed the BLM-aligned coalition last year. The Foundation to Promote Open Society, another Soros nonprofit, sent $10 million to Borealis Philanthropy for its Black-led Movement Fund, which provides support to the Movement for Black Lives, according to its website.

Soros’ cash has made its way to several groups that back defunding police.
(Erik McGregor/LightRocket via Getty Images)

The tax documents further show that Soros continued his cash flow to a dark money hub used by far-left activists pushing to dismantle the police.

The Foundation to Promote Open Society moved $1.75 million to the New Venture Fund for the Community Resource Hub for Safety and Accountability, a clearinghouse of resources for local progressive activists on how to best deal with police reform efforts, which includes materials on abolishing and defunding the police.

The most recent CRH funding comes on the heels of the $4.5 million the nonprofit sent to the hub in 2019 and 2020. That money included half a million dollars that went towards creating the project.

While Soros’ first grant made its way to the hub the year before the defund movement gained steam following Floyd’s death, internet archives indicate CRH’s website went live around that time. A cached version of the site from late May 2020 shows it appears to have launched with around 400 resources on topics such as police accountability and alternatives to arrests.

Soros also put six figures behind a failed 2021 campaign to “dismantle” and replace the Minneapolis Police Department, Fox News Digital previously reported. His policy center pushed a $500,000 donation to Vote Yes 4 Minneapolis, a coalition of at least 33 activist organizations that championed a ballot initiative to amend the city charter to replace the police department with a public safety agency.

The Open Society Policy Center granted $500,000 to the Equity PAC to oppose the city “unnecessarily” increasing the “hiring of new police officers.” The Foundation to Promote Open Society sent $200,000 to the Austin Justice Coalition to “educate the public about policing, the influence of police unions, and ways to keep communities safe without relying on the police.”

“It is extremely troublesome that tens of millions in dark money is flooding our communities, all towards initiatives that will make us and our families less safe,” Sutherland said.

The newest cash shown in the tax documents does not include the direct money from Soros’ name for his progressive prosecutor funding, which has been a high priority in recent years.

Soros’ district attorney operation involves his longtime treasurer, Whitney Tymas, establishing “pop-up” political action committees in states where he targets the prosecutor races. Once set up, the financier injects money into the PACs, which tend to spend hundreds of thousands of dollars backing his preferred candidates. The PACs typically dissolve after the elections.

Soros has provided financial backing to dozens of far-left district attorney candidates, which he views as a significant component of overhauling the criminal justice system. Controversial DAs such as Larry Krasner in Philadelphia, Kim Foxx in Chicago, Kim Gardner in St. Louis, and George Gascón in Los Angeles have all received massive boosts from his money from him.

This past November, the four far-left district attorney candidates who appeared on ballots and received support from Soros swept their elections, Fox News Digital previously reported.

Joe Schoffstall is a politics producer/reporter for Fox News Digital. Story tips can be sent to [email protected] and on Twitter: @joeschoffstall