The plan to slash local authority funding to house Ukrainian refugees is “short-sighted” and must be “urgently reviewed”, the government has been told.

michael govethe communities secretary, announced earlier this month that councils will receive £5,900 – down from £10,500 – for each Ukrainian refugee who arrives in their area.

He said this was due to “wider pressures on the public finances”, but announced that the payments going to individuals who host people fleeing the war will rise.

However, ministers in the devolved governments have written to Mr Gove calling for a meeting and re-thinking of the policy.

“In the face of continued and acute need, it is counter-productive and short-sighted to cut vital funding available to deliver public services to the most vulnerable.”

The ministers said local authorities are “under extreme and unacceptable pressure during an unprecedented cost of living crisis”.

They said the decision undermines “the success of this safe and legal route to the UK” and is at “odds with recent UK government claims about a generous approach”.

Read More:
What has happened to the refugees taken in under the UK’s Homes for Ukraine scheme?

More than 100,000 Ukrainian nationals have arrived in the UK under the government’s Homes for Ukraine scheme.

This was launched earlier this year and allows Ukrainians fleeing the war with Russia to come to the UK if a sponsor agrees to provide accommodation for at least six months.

At the moment, councils receive £10,500 for every Ukrainian to support them and their sponsor, but this will change in January when the money is cut by almost half.

While council funding has been cut, the money given to individuals who take in Ukrainian refugees will rise from £350 to £500 a month after the first year of hosting.

Mr Gove also announced a £500 million fund aimed at allowing councils in England to buy up housing stock for the use of refugees, which is expected to provide up to 4,000 homes. 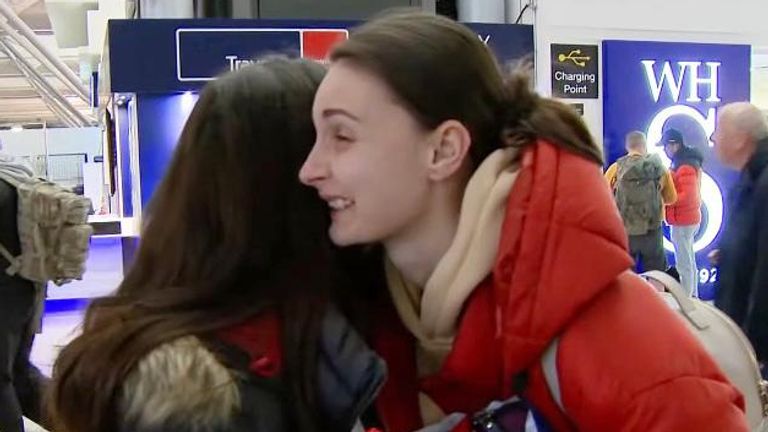 Addressing the funding increases, the ministers said the £500 payments should start immediately rather than after 12 months, adding that the devolved nations do not have the “fiscal headroom” to offer similar funds to local authorities to buy up housing stock.

“We therefore ask that you urgently revisit this decision, which was made without appropriate consultation and engagement with devolved governments, and to meet with us quickly to find a more effective way forward,” the ministers concluded.