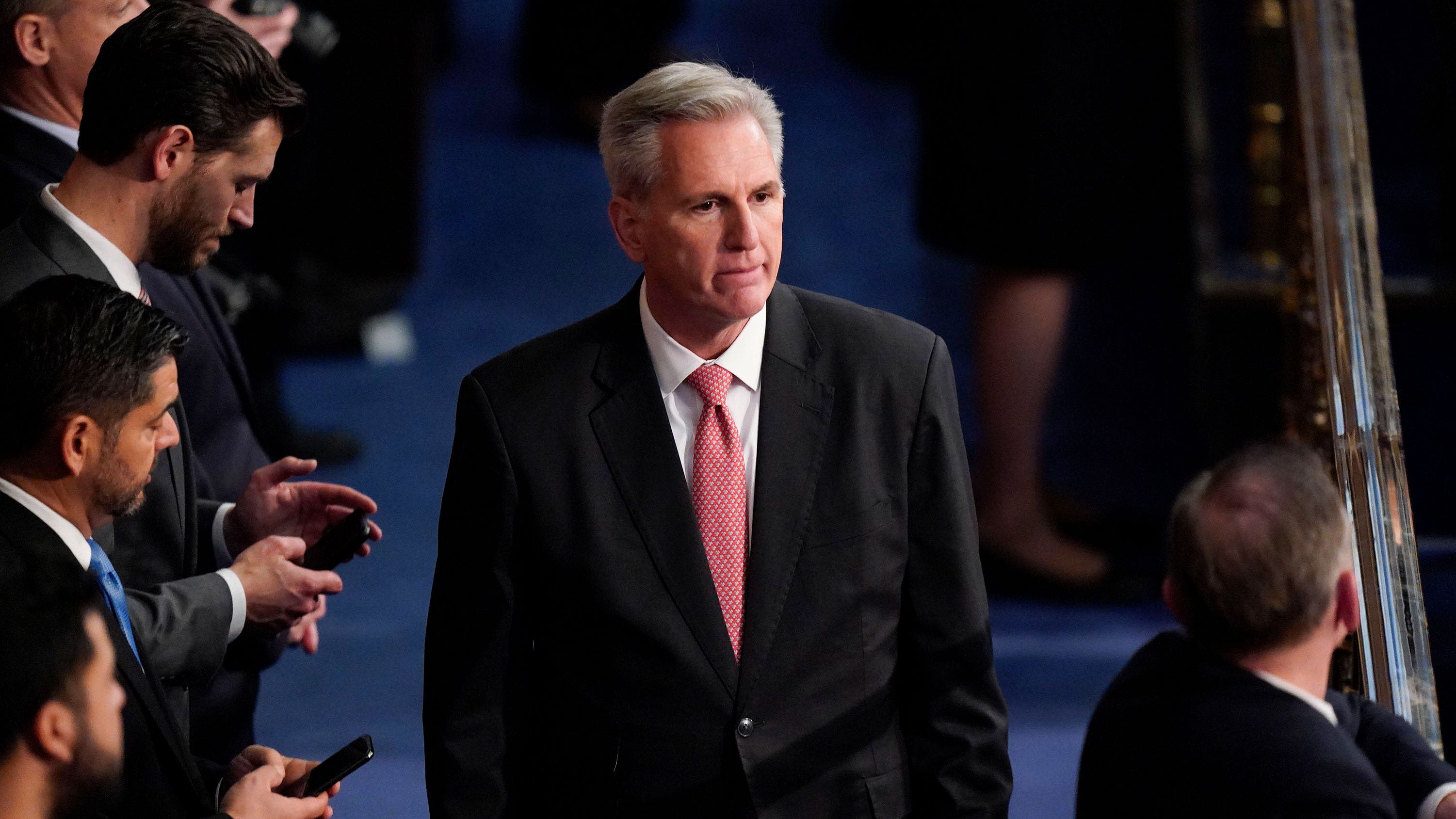 Kevin McCarthy picked up another vote for House speaker on Friday during the 13th round of voting, but still fell just a few votes short of capturing a majority.

That switch gave McCarthy 214 votes, and while that was not quite enough for a majority, it showed that members continue to break for the GOP leader a day after he made a series of concessions to members of the House Freedom Caucus. The incoming Democratic leader, Rep.-elect Hakeem Jeffries of New York, received 212 votes.

HOUSE SPEAKER BREAKTHROUGH: MCCARTHY PICKS UP 14 GOP VOTES IN 12TH ROUND OF VOTING

Rep.-elect Kevin McCarthy fell short in the 13th round of voting for House speaker, but continued to make progress.
(Jabin Botsford/The Washington Post via Getty Images)

In the prior vote held on Friday, McCarthy picked up the votes of 14 members who had either been voting against him or were voting “present.”

The momentum seen Friday for McCarthy sparked optimism that he can soon win a House majority, although several members say it might still take days to solidify the win.

Rep.-elect Andy Harris, a Republican from Maryland, flipped his vote to McCarthy in the last round of voting.
(Stefani Reynolds/Bloomberg via Getty Images)

In the 13th round of voting each one of the six holdouts voted for Rep.-elect Jim Jordan of Ohio.

(Rep.-elect Lauren Boebert and Matt Gaetz are among the remaining six holdouts in the vote for House speaker.)

One way around them is to see if any are open to voting “present,” which would not count as a vote and lower the minimum number of votes needed to claim a majority.

But several members and staff said negotiations – and votes on the House floor – may continue through the weekend as the talks continue.

Pete Kasperowicz is a politics editor at Fox News Digital.