Rishi Sunak has said Boris Johnson intends to stand in his current Uxbridge seat at the next general election – after allies suggested the pair could strike a deal to avoid a leadership challenge.

Yesterday, Sky News reported that close allies of former PM Mr Johnson had claimed he could agree not to challenge Mr Sunak’s leadership after the upcoming local elections in May in exchange for a safe seat to contest at the next general election.

The friend said mr johnson “will be in a strong position assuming we get hammered in May”, adding: “He can go to Rishi and say ‘give me a seat in exchange for good behaviour’.”

Support among MPs for Mr Johnson to oust Mr Sunak amounts to “only two dozen, maybe three dozen at most”, the ally said. “We would just look ridiculous if we changed PM again. Most people get that.”

Asked if Mr Johnson would contest the next general election, the friend said: “He won’t stand in Uxbridge.”

Asked about the reports during a visit to Scotland on Friday, Mr Sunak said: “I think the former prime minister has declared his intention to stand in his current seat in Uxbridge.”

A spokesperson for Mr Johnson also described the suggestion as “untrue”.

“Boris Johnson is fully supporting the government and is standing in Uxbridge and South Ruislip at the next election,” they said.

But Mr Johnson’s 7,210 majority in his west London constituency means he is vulnerable to being unseated by Labour.

It is thought Mr Sunak could potentially either offer Mr Johnson the constituency of a retiring parliamentarian, or give an MP the chance to swap their seat in the Commons in exchange for a place in the House of Lords.

However, the former PM’s significant support base in parliament has fractured, according to a once loyal minister. “Boris isn’t coming back,” they said. “I will do everything I can to stop it.”

Read More:
‘Borismania’ is back: Was this the start of his comeback tour? 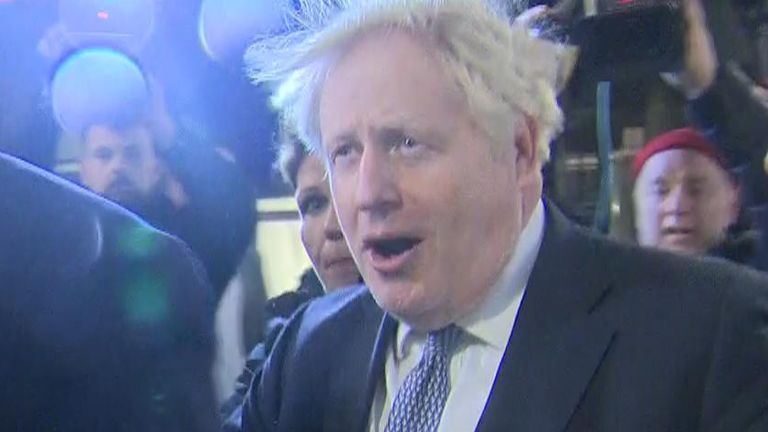 Since leaving Number 10, Mr Johnson has focused on issues he believes are central to his legacy including Ukraine, Brexit and leveling up. I have also earned more than £1m in corporate speeches.

Mr Johnson’s contributions from the backbenches include constitutional issues such as Hillingdon Hospital, Uxbridge police station and the housing policies of Sadiq Khan, his successor as Mayor of London.

In recent weeks speculation has mounted that the former prime minister is interested in the safe Conservative seat of Derbyshire Dales.

He decided not to stand against Mr Sunak after the resignation of Liz Truss, even though Mr Johnson had reached the threshold of 100 backers needed to contest the leadership.

Mr Johnson fueled speculation about a possible return during his farewell speech as prime minister in September last year.

“Like Cincinnatus, I am returning to my plough and I will be offering this government nothing but the most fervent support,” he said, a nod to a Roman statesman who later returned to serve a second term.

Sky News has contacted the Conservative Party for comment.