By September the UK will have its fourth Conservative prime minister in a row. Of these only David Cameron was chosen by the wider British electorate for leading his party to victory in a general election.

Theresa May, Boris Johnson and Rishi Sunak or Liz Truss will have made it to Number 10 thanks to a private selection process, involving Tory MPs and members.

Changing national leader without consulting the people has often happened in Britain’s parliamentary political system and is legitimate.

The voters in each constituency elect individual members of parliament, usually with a party affiliation. If a faction has enough MPs to form a majority and make laws, the leader they choose from among their number automatically becomes prime minister.

Over the next six weeks the Conservative Party will choose between Sunak and Truss in a process which will inevitably highlight the differences between them. Meanwhile, ordinary voters are mere bystanders but will be making up their own minds who they’d like in Downing Street.

There are no accurate figures for Conservative Party membership but it is estimated around 160,000 Conservatives will have a say choosing the next PM. That is a small fraction of less than 1% of the whole voting population.

Strict mathematical fairness in representation of the will of the people is also challenged by the UK’s first-past-the-post electoral system – again, something which is widely accepted as legitimate. The Conservatives’ smashing election victory in 2019 gave them a stonking 55% of the seats in the Commons, although they only won 43.6% of the votes cast.

That is the firm ground on which the Conservatives are now constructing the next government.

The Conservative Party is embarking on six weeks of internal debate and hustings to choose the new leader who pleases them best. But because the business of government is supposed to be to serve the country and the aim of any ruling party is to win the next election, they would be wise to keep an eye on who might ultimately lead the country in a way that might appeal to the country at large.

What gratifies party activists may not go down so well with floating voters, as Labor discovered at its cost with Jeremy Corbyn and the Conservatives experienced with William Hague and Iain Duncan Smith.

The 2022 leadership contest is unique because it has been precipitated by character flaws of the outgoing leader Boris Johnson, who has effectively been sacked by his own MPs and ministers, as spreading lack of confidence in him led to the mass resignations.

Race to be PM: What happens now?

This vacancy was not caused by policy differences, unlike the departures of Cameron and May, who found themselves out of step with their party’s enthusiasm for Brexit.

However, the mass of Conservative MPs who gave Boris Johnson a standing ovation after his last PMQs do not want to face up to this. Nor do Truss and Sunak who enabled Johnson’s premiership for years as members of his cabinet.

Read more from Adam Boulton:
No turning back: The abortion divide between UK and US
The slow death of PMs and what waits for Boris Johnson
The ties that bond the UK together are under stress

Commentators in some Conservative newspapers are constructing a narrative that Tory MPs made a dreadful mistake getting rid of Johnson, in spite of his dishonesty and law-breaking. This analysis rekindles the charge of “treachery” which has been rife in the party since the deposition of Margaret Thatcher and it brands Sunak a “traitor”. 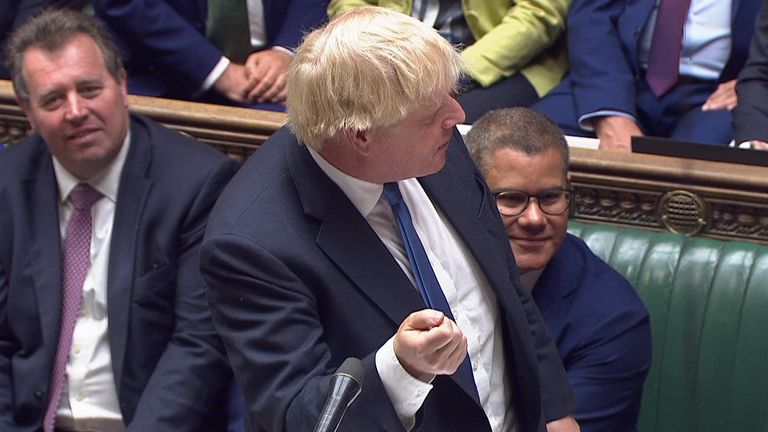 Who will honor Johnson’s legacy?

For Conservatives, many of whom are sore about the fall of Johnson, the key question is the extent to which either of the candidates will continue to honor his legacy. The answer is complicated.

Sunak moved to bring Johnson down and Truss says she regrets that he is not still prime minister. Sunak resigned, she stayed in the cabinet.

On the other hand, on the economy Truss says “I am not the continuity candidate.” She says she will order an immediate emergency budget and cut taxes for more than £30bn, funded by borrowing. This is a complete reversal of the prudent economic policies which the Tories have tried to follow continuously since they took power 12 years ago. Truss was a member of the cabinets which approved those policies for half that time.

Sunak dismisses these plans as “fantasy” and “a fairy tale” likely to fuel inflation and damage the British economy. He is sticking to the measures he announced as chancellor with Johnson sitting by his side. But in his resignation letter Sunak complains that he had private policy differences with the prime minister and Johnson used his final speeches by him as PM to take digs at the Treasury.

Sunak is seen by his supporters as a man of maturity and proven experience. In fact, aged 42 he is four years younger than Truss and as an MP since 2015, he has been in parliament for five years less. He has also spent less time in the cabinet.

Truss is the continuity candidate from Johnson when it comes to other policies and the controversial cabinet team he has inherited. Nadine Dorries, Jacob Rees-Mogg, Kwasi Kwarteng and Suella Braverman are now among her prominent supporters of ella and can expect cabinet jobs. They would be lucky to hang on to them under Sunak. Likewise their radical policies such as privatizing Channel 4 and leaving the European Convention on Human Rights will remain on the agenda.

Then there’s the question of trust. Truss wants to move on without examining the consequences of Johnson’s misbehaviour. Sunak has repeatedly promised a reset and the reestablishment of proper standards in government.

But as Truss’s most aggressive supporters love to point out it was he, not her, who, like Johnson, paid a fixed penalty notice for breaking COVID laws. Just as on the economy, they want to stick with the negative legacy of the Johnson years. 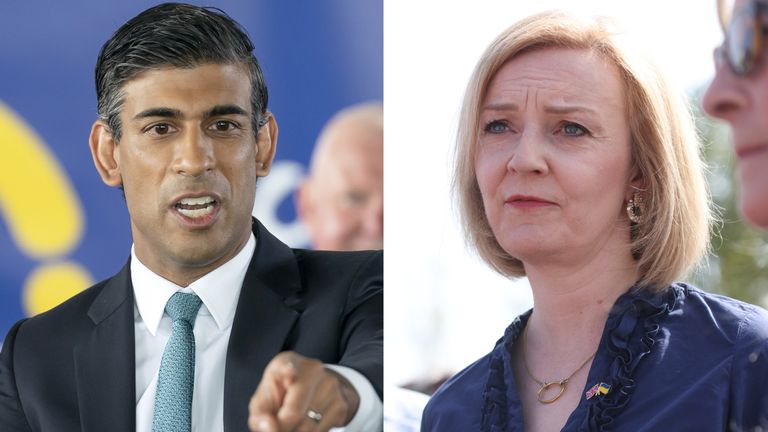 They have much in common beyond their years serving Johnson. Both are married with two daughters. Both studied PPE at Oxford. Both have skeletons in the closet-his non-dom status and US green card, her affair de ella with a married Tory MP which led the so-called “Turnip Taliban” in her constituency association to question whether they should keep her as a candidate in 2010.

Their differences – age, sex, race, wealth – are matters of record.

Decision will be made over the next month

Sunak has been a true-blue conservative, and Brexiteer, since his days as head boy of Winchester public school. Truss’s present day stance of him as the darling of the Brexit right has evolved through “very left-wing parents”, protesting against nuclear weapons at Greenham Common, teenage anti-monarchy activism as a Liberal Democrat, and campaigning for Remain.

The Tories will decide who will be the next prime minister over the next month. Campaigning will include a proper meaningful head-to-head debate on Sky News on 4 August, just as membership voting opens. The rest of the country can only look on agog from the stands.

Conservative leadership debate: be in the audience

Rishi Sunak and Liz Truss will take part in a head-to-head debate on Sky News on Thursday 4th August at 8pm hosted by Kay Burley.

If you would like to be a member of the live studio audience and be in with a chance of asking a question, please apply here.