Labor have called on Boris Johnson to set out what he knew about allegations of inappropriate behavior by disgraced MP Chris Pincher before appointing him to the Tory whips’ office.

The prime minister allegedly referred to the MP as “pincher by name, pincher by nature” before making him deputy chief whip in February.

Mr Pincher quit the role after he was accused of drunkenly groping two men at a private members’ club in London last week.

It was the second time the MP for Tamworth in Staffordshire resigned from the whips office after Conservative candidate Alex Story accused him of making an inappropriate advance in 2017.

Labor Party chair Anneliese Dodds has written to the prime minister demanding to know what Downing Street knew of the allegations about his ally before his second appointment as a whip.

“Only Boris Johnson could have looked at this guy’s record and thought ‘he deserves a promotion’,” she said in a statement.

“This prime minister is clearly happy to sweep sexual misconduct under the carpet in order to save his own skin.”

She also questioned why the Tory whip was not suspended until Friday – meaning the MP now sits as an independent – when the incident took place at the Carlton Club on Wednesday.

While Downing Street has not disputed that account, Work and Pensions Secretary Therese Coffey argued Mr Johnson did not know “specific claims” about the MP.

“I don’t believe he was aware, that’s what I’ve been told today,” she told Sky’s Sophy Ridge on Sunday. 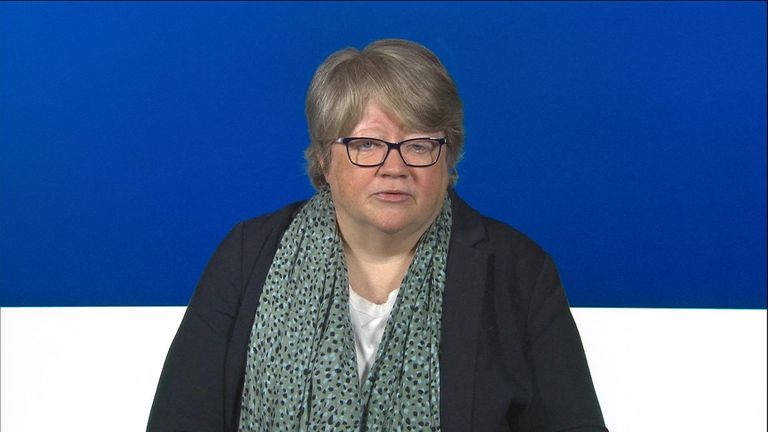 PM ‘not aware of specific claims’ against Pincher

“He must now be forced to reveal what he knew before making the appointment,” she added.

Mr Pincher, who is under investigation by Parliament’s Independent Complaints and Grievances Scheme, said he is seeking “professional medical support” and hopes to return to represent his constituents “as soon as possible.”