Tory leadership race: Nine Conservatives now battling it out for top job and keys to No 10 | PoliticsNews


Nine Tories have now declared in the race to replace Boris Johnson as prime minister in an increasingly crowded field with pledges on tax cuts dominating.

international trade minister Penny Mordant became the latest to announce she was standing to become the next Tory leader, just as other candidates were setting out their stalls on the Sunday political shows.

Liz Truss is expected to launch her bid to be leader in the next 24 hours, Sky News understands, but she is yet to officially enter the race.

It sets the scene for a messy contest following the resignation of Boris Johnsonwith accusations already leveled of hostile briefings.

Labor have seized on the growing number of runners and riders branding it a “chaotic catwalk of contestants”.

“If I become prime minister we’ll have an emergency budget, we’ll introduce that immediately,” he said.

Mr Shapps also wanted to “freeze” the proposed increase in corporation tax, telling Ridge: “That is a tax which will not go up.”

He said: “I believe in a lower tax, lower regulation, cut-the-red-tape economy, where… the government essentially actually lowers the barriers for individuals and businesses to achieve the best possible things they can in their own lives.”

“I think we should cut them so they are the lowest in Europe and North America.

“That’s the way we will create the wealth that will pay for tax cuts for families but also for big institutions like the NHS that are so important for us.”

He added: “It’s not the most sexy of cuts but it matters in terms of getting our economy moving.”

Readmore:
Who are the frontrunners to be the next prime minister? 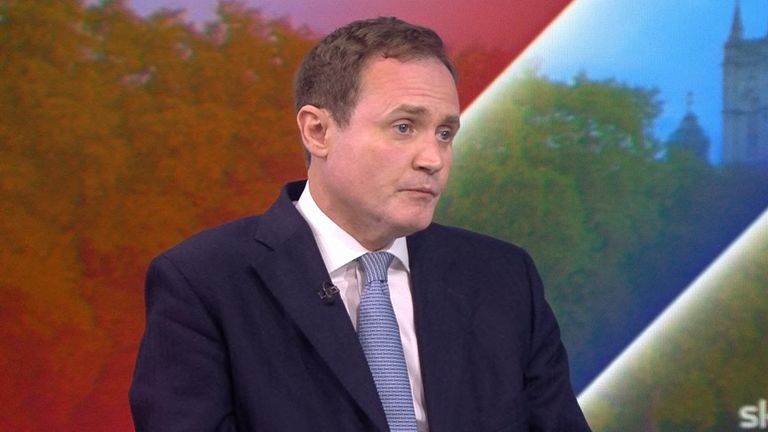 ‘I’ve got the numbers’ – Tugendhat

But he rejected reversing the hike in national insurance telling Ridge: “I do think the NHS needs the £12bn a year that we are getting from the health and social care levy.”

Pointing out he was the longest serving cabinet minister among the candidates, he added: “That’s given me experience to know that it’s very important for trust in politics that you only promise things that you really can deliver.”

Mr Hunt also confirmed his Tory colleague Esther McVey would be his deputy if he were to become prime minister.

Former health secretary Sajid Javid, who is also in the running as a candidate, said he does not “believe in unfunded tax cuts” and added: “I will be setting out in the next few days a scorecard which will show exactly how all of that we funded in a sustainable way.”

He said he believed in the current fiscal situation the country can afford to scrap the national insurance hike and still fund the promised boost for the NHS and social care.

Conservative leadership contender and former soldier Tom Tugendhat told Sky News: “What we really need to see now is a clean start, that return to service, to make sure the government and Conservative Party are delivering for Britain.”

Pointing out he did not back the increase in national insurance, he said: “I have always been a low tax Conservative. What we need is not a tax on growth but a growing economy.”

Declaring her candidacy in a video message, Ms Mordaunt, the MP for Portsmouth North MP and a naval reservist, said: “Our leadership has to change. It needs to become a little less about the leader and a lot more about the ship.”

Shadow home secretary Yvette Cooper said: “You have got this chaotic catwalk of contestants now who have all been defending Boris Johnson for the last few years, who have also been part of 12 years of failed Conservative government with low growth, with soaring cost of living and also run down public services.

“They are all continuing to defend Boris Johnson staying in post right now when frankly he should be gone. I think all of them are really part of this catalog of failure.”

Veteran Tory MP and former leadership challenger David Davis said: “This is probably the most unpredictable leadership election in history, but it’s also one of the most important because if we don’t get this right we are losing the next election and we’re going to be out of power for a long time.

“First thing we’ve got to do is avoid any more ethical problems, if we have another integrity problem in the next six months or so we might as well forget all the policy issues, all the terrific leadership, all the great eloquence, because it won’t work.”