This will rule out a number of candidates from running, and means the maximum number of people able to stand is three.

Who could replace Liz Truss as PM?

“We fixed a high threshold but a threshold that should be achievable by any serious candidate who has a prospect of going through,” Sir Graham said.

Nominations are open from now and will close at 2pm on Monday – with a new leader to be chosen by the end of the week.

The final two candidates will take part in a hustings event organized with news broadcasters, before an online vote for members to choose who they want to lead the party.

However, Sky’s political correspondent Ali Fortescue said “it could end up being that it doesn’t go to the membership.”

She points out that some MPs don’t want the vote to go to the party membership, given that Ms Truss was their last pick.

“They know this is a last chance – they won’t be able to go through another prime minister as quickly as this,” she said.

One potential option is that MPs coalesce around one candidate, meaning the contest will be over on Monday if only one person is able to receive enough nominations.

Sir Graham has already said that the new prime minister will be chosen by Friday 28 October, with Ms Truss to stay on as PM until then.

The last leadership election – triggered by the resignation of Boris Johnson in July – lasted six weeks and involved several rounds of MPs voting and hustings.

Ms Truss officially took over from her predecessor on 6 September, with members favoring her tax-slashing plan for growth over rival Rishi Sunak’s more conservative fiscal policies.

But in an extraordinary turn of events, her short-lived premiership lasted just six weeks.

MS Truss announced her resignation earlier on Thursday after she met Sir Graham and agreed for a leadership election “to be completed within the next week.”

It means her replacement will be in place before the crucial fiscal statement on 31 October.

After 44 days in the top job, Ms Truss will be the shortest-serving prime minister in modern British political history. 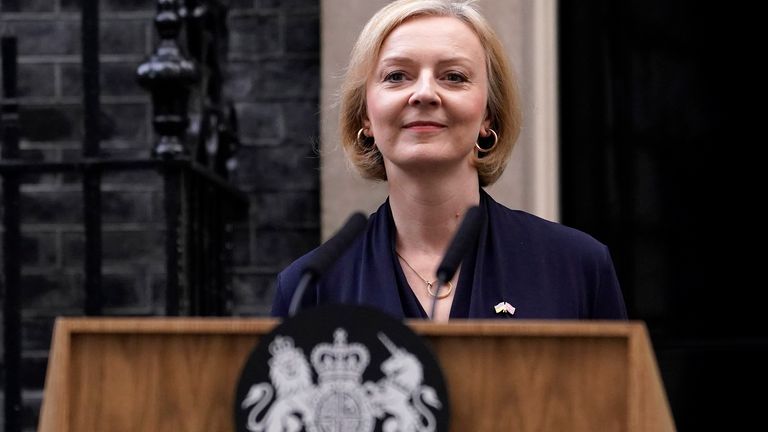 Her downfall was set in motion by her disastrous mini-budget, which sparked turmoil in the financial markets and forced her to U-turn on the tax-slashing agenda that brought her into office.

In her resignation statement outside Downing Street, Ms Truss said she recognized she could not “deliver the mandate on which I was elected by the Conservative Party”.

MPs call to ‘bring back Boris’

Speculation is mounting about who could replace Ms Truss, with many Conservative MPs calling for Boris Johnson to return.

But any comeback from the ex-PM is likely to be divisive, with other Tories describing such a move as a “fantasy” and “too soon”.

We will have a new prime minister, but it’s hard to see how it stops the rot | Beth Rigby
Who is in the running to replace Liz Truss as prime minister?

Mr Johnson resigned following a number of scandals culminating in the Chris Pincher affair – which led to the collapse of support in his cabinet.

Having been found guilty of breaking his own lockdown laws, he is still the subject of an ongoing inquiry into whether he lied to the Commons over partygate.

Other MPs have thrown their weight behind Mr Sunak, the former chancellor and runner-up in the last leadership race.

Commons leader Ms Mordaunt, who came third, could also be set to throw her hat into the ring.

‘Britain is not their personal fiefdom’

Opposition parties have said that, whoever wins the leadership race, a general election must be called immediately.

Sir Keir Starmer, the Labor leader, said the Conservative Party has “shown it no longer has a mandate to govern”, adding that British people “deserve so much better than this revolving door of chaos”.

“Britain is not their personal fiefdom to run how they wish,” he said.