Rich countries must sign a climate pact with poor countries or “we will be doomed” – UN Secretary General Antonio Guterres has warned.

Speaking ahead of the COP27 climate summit in Egypt, Guterres said wealthier countries must help emerging economies accelerate their transition to renewable energy.

“COP27 must be the place to bridge the ambition gap, the credibility gap and the solidarity gap,” he said.

“It must put us back on track to reduce emissions, build resilience and climate adaptation, deliver on the promise on climate finance and address loss and damage from climate change.”

Rich countries have emitted more than their share of heat-trapping carbon dioxide by burning coal, oil and natural gas.

After last year’s COP26 in Glasgow, the United Nations Environment Program estimated that developing countries needed $70 billion a year for adaptation – a figure set to double by 2030 .

As the summit approaches, poorer nations have again pushed for financial assistance from developed countries, calling for a loss and damage fund to compensate them for irreparable climate-related damage.

King welcomes guests ahead of COP27


But the conference ended with no resolution – the $356 million pledged was well below what was needed for adaptation, and the loss and damage fund was rejected by wealthy countries.

Mr Guterres said achieving “concrete results” on loss and damage is the “litmus test of the commitment of the governments” involved in the summit.

He added: “Loss and damage has been the always reported issue.

“There is no more time to postpone it.

“We need to recognize the loss and damage and we need to create an institutional framework to deal with it.” 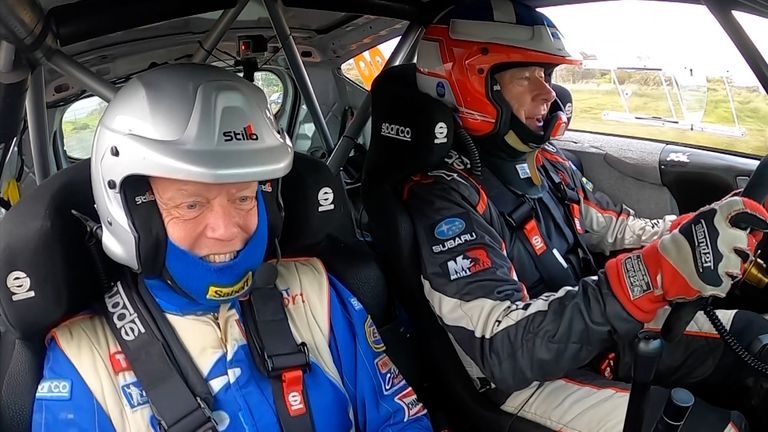 Can motor racing be climate friendly?

Read more:
Europe is a ‘live image of a warming world’ – temperatures are rising more than twice as much as on other continents
Everything you need to know about the climate negotiations in Egypt

COP27 kicks off in the Egyptian resort town of Sharm el-Sheikh on Sunday and will run until November 18.

It comes as greenhouse gas emissions are set to rise by 10% and temperatures are expected to rise by up to 2.8C by the end of the century, Mr Guterres said.

“And that means our planet is on track to reach tipping points that will make climate chaos irreversible and cause catastrophic temperature increases forever,” he added.

This is despite the 2015 Paris agreement calling for limiting temperature rises to 1.5C, a goal he described as being “in intensive care”, although it is “still possible to reach”.