COP27: Rishi Sunak rebuffs predecessor Liz Truss with vow to get UK off polluting fossil fuels and turn it into a ‘clean energy superpower’ | ClimateNews


Prime Minister Rishi Sunak has sworn to get the UK off polluting fossil fuels and on to more clean power in order to secure energy supplies, bucking claims by his predecessor Liz Truss that oil and gas expansion was vital.

Addressing world leaders at COP27 in Egypt on Monday, Mr Sunak will argue the “shock” to global energy markets triggered by Russia’s invasion of Ukraine underscores the need to move to cheaper, cleaner, safer energy sources.

Amid domestic economic woes, the PM had declined the invite to the biggest climate summit of the year.

But this week, Mr Sunak made a dramatic U-turn following intense criticism he was missing an environmental and geopolitical opportunity.

In a statement before his departure on Sunday for Sharm El-Sheikh on the Red Sea, Mr Sunak said fighting climate change is not just a “moral good” but “fundamental to our future prosperity and security”.

“Russia’s invasion of Ukraine and contemplable manipulation of energy prices has only reinforced the importance of ending our dependence on fossil fuels,” he said.

Number 10 will hope the promise to make the UK a “clean energy superpower” smooths the way for negotiations at COP27, where almost 200 countries must each bring something to the table in the expectation others do the same.

Sunak ‘does not get’ scale of crisis

But the government is still mooting plans to issue more than 100 new licenses for North Sea oil and gas extraction, initiated by Boris Johnson and pushed strongly by his successor, Ms Truss.

It has also further delayed a decision on whether to approve a new coal mine in Cumbria, expected on Monday but now pushed back until after COP27.

“We need to move further and faster to transition to renewable energy,” the PM added, although his team did not disclose details of funding or targets to facilitate the aim.

COP27: World leaders due in Egypt

Labor leader Sir Keir Starmer said Mr Sunak “just does not get” the scale of the climate crisis.

Writing in The Observer, Sir Keir said: “Twelve years of the Conservatives have left our energy system exposed, bills rocketing, while failing to tackle the climate emergency.

“My Labor government will tackle the climate crisis by grasping the opportunities it presents. 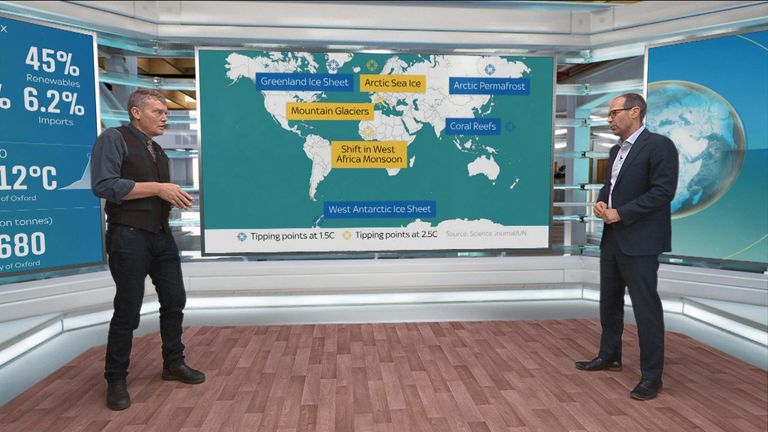 Have we reached a climate tipping point?

Greenpeace UK said Mr Sunak’s speech might “make the right noises,” but the “hard currency of global climate diplomacy is actions, not words.”

“Not only do the UK’s policies completely fail to match up to its climate targets, but it has also failed to pay more than $300m promised to support developing countries deal with devastating climate impacts,” head of politics Rebecca Newsom told Sky News.

Speaking from Sharm El-Sheikh, she urged the PM to rule out new oil and gas drilling, and to invest in home insulation to cut energy demand.

Readmore:
Crucial climate summit hinges on this taboo issue
Adam Boulton looks ahead to whether COP27 can succeed 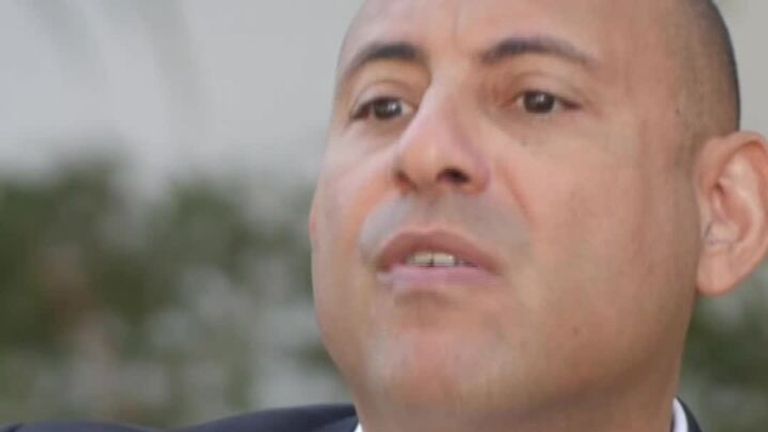 Mr Sunak’s rhetoric marks a shift from his predecessor, who aggressively sought to increase domestic fossil fuel production during his brief tenure. I have overturned the decision by Ms Truss to lift the ban on fracking for shale gas.

A report by leading energy NGO Global Energy Monitor warned handing out new permits to harvest oil and gas from the North Sea is incompatible with the UK’s goal to reach net-zero, which means slashing emissions as much as possible and offsetting the rest.

Many new projects approved this year would not start producing for several years, would sell the oil and gas on international markets, and still be in operation in the early-to-mid 2050s, risking decarbonisation goals as well as becoming stranded assets.