The British public’s “common sense” should be trusted on what is safe to do during ambulance worker strikes, the health secretary said.

Steve Barclay, asked if people should be more cautious during strikes this week, said: “We should trust the common sense of the British public.

“They can see that there will be pressures, particularly on ambulances.”

Nurses with the Royal College of Nursing (RCN) union are striking today and ambulance workers are walking out on Wednesday over a dispute about pay and working conditions.

On Tuesday morning, health minister Will Quince said the public should avoid “risky activity” during the ambulance strike as he urged people to alter their plans to minimize the danger of injuring themselves.

Unions have said ambulance workers will still attend Category 1 (most life-threatening such as cardiac arrest) and Category 2 (serious conditions, such as stroke or chest pain) calls during the strike.

However, ministers said there were still questions about whether ambulance workers at every nhs trust striking were going to do that.

“It’s essential that they do so to protect patients, because if there’s delays in ambulances, obviously that impacts very seriously on patient safety.

“But of course, the British public will make sensible decisions in terms of their behavior based on what they can see in terms of the pressures on the health system.”

He added that if it was “extremely icy, you might not go for a run”.

NHS workers had to have salary top-up to avoid legal breach
Who is striking this Christmas and why?
How and who decides public sector pay?

The prime minister’s spokesman said he was “not going to get into a list” of what “risky activities” people should avoid during the ambulance strike.

By lunchtime on Tuesday, several ambulance and hospital trusts across the country had declared critical incidents due to “sustained” and “unprecedented” pressure on services, including high 999 call volumes and hospital handover delays.

Unions were meeting the health secretary this afternoon ahead of Wednesday’s ambulance worker strikes but union heads did not expect a pay offer to be made. 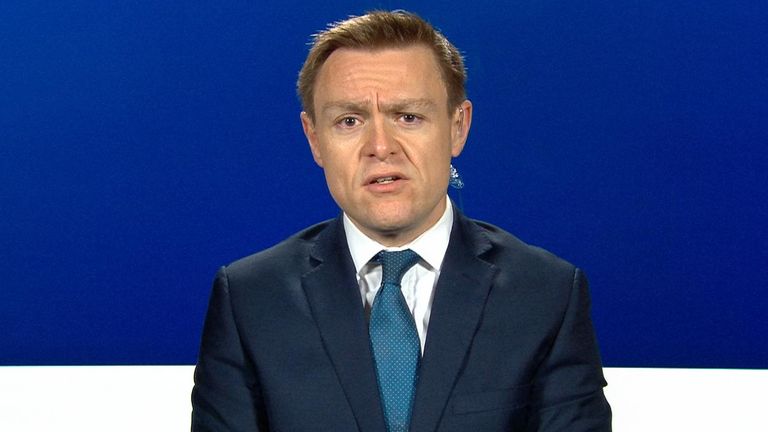 
Rachel Harrison, GMB national secretary, said: “We’ve been given half an hour to meet with the secretary of state to discuss an emergency cover for tomorrow, which considering our strike starts at midnight, is a bit late in the day.

“But those agreements have already been reached at local level. So unless the secretary of state is willing to talk to us about pay today, those strikes are set to go ahead.”

Earlier, Mr Quince told Sky News the meeting would be about which cases ambulance workers would have to go to during the strike – and not pay.